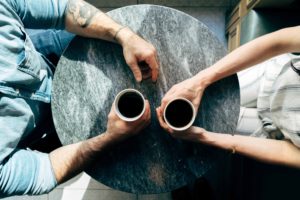 When I first walked into Harry’s room in the intensive care unit on a morning shift, I could feel his palpable Mana. Harry was clearly a man of importance in his community. Many of his whānau were present and busying themselves tidying his belongings, anxious as to the outcome of his intensive care therapies.

Despite being a big man, Harry appeared gaunt and emaciated. I could hear the hum of his medications being continuously given through his veins and the high dose oxygen being delivered through his breathing machine. Harry’s monitor told the story of a man failing his therapies. Harry opened his eyes to my introduction, and with a brief nod he made eye contact then steadily slipped back into his faraway state. It struck me that even in his adversity Harry’s body was straight; one hand neatly placed over the other. He had the air of a valiant and proud man. As a junior intensive care nurse, it was my responsibility to care for Harry. I was in charge of coordinating, monitoring and maintaining all of Harry’s medical needs and concerns for the next twelve hours.

Harry was 70 years old. For many years he had been the strength of his community, actively representing his peoples’ values and principles. One of his elderly Aunties, a proud and spritely lady with neatly tied grey hair, pointed out his achievements even giggling at Harry’s tendency to play the devil’s advocate in the ‘early days’. In the last twenty years Harry had developed a number of chronic illnesses including diabetes, kidney disease, heart disease and had suffered a stroke.  He had recently been declining at home and could only manage to walk two metres somewhat independently. Harry’s whānau had remained committed and by his side throughout, even organising a roster of round the clock carers to aid Harry in his battle to stay well.

On the second morning that I cared for Harry it had been established that the cause of his acute illness was most likely a kidney infection. The Intensive Care Doctors adjusted his antibiotics accordingly to high strength doses. Not long after the doctors had seen Harry, one of his sons Jason became very angry and sharply said to me, ‘just leave him alone’.  I was a little taken aback and tried to remember if Jason had said anything at all up until now. To my knowledge he had not and in reflection unlike the rest of his family Jason had seemed withdrawn.  I had taken this as a sign that he did not want to talk or participate.

By the afternoon, despite our carefully timed therapies, regular position changes and super strength medications, Harry had slowly continued to deteriorate. His skin became increasingly sallow and he did not wake to our call. Sadly, that evening, Harry died of an overwhelming infection, attached to monitors and life-saving equipment.  The sound of the families wailing was both haunting and beautiful. A very spiritual sound, it was of a family in grief. So surreal, in such an unfamiliar environment.  Harry’s chronic illness had meant that he did not have the reserve or organ function to fight the infection.

It was only after Harrys death that I reflected on his son Jason’s comment ‘just leave him alone’. I now understood that Jason had been realistic to the fact that Harry was dying. Jason had most likely watched his father slowly deteriorate at home over a number of years due to chronic illness. His father was not living a quality of life. And even more so, this was not the death that this great man, his father, would have wanted, it was not a ‘good death’.

Caring for Harry had been an important point of understanding in my nursing career and has shaped my view of chronic illness and death ever since. Many questions followed: had we degraded the quality of what was left for Harry? Had we allowed Harrys whānau to be totally present and caring for Harry in his last hours, making their own preparations and practicing their own rituals? It is a reality that many people die in hospital, often with life monitoring measures to the end. Harry never got the chance to die well, he never got to do so within the customs of his life and within his worldview. I now knew, that for Harry his spiritual and mental wellbeing lay in the participation and partnership of his collective group: his whānau. Conversely, the process of dying had been turned into a set of medical experiences.

Modern science capability had extended Harry’s life. He was on many medications and supported by a myriad of monthly health clinic appointments and interface with healthcare professionals. Harry had ultimately become a consumer of our sickness system.

A daily reality for myself and my colleagues is that chronic health conditions are on the rise.  The World Health Organisation warn us that not only are chronic diseases on the rise, they are the major cause of adult illness and death in all regions of the world. A common misconception is that they primarily affect older people. However, we know that almost half of chronic disease deaths occur prematurely in people under 70 years of age.

While modern medicine has given medical professionals incredible tools to extend life’s dramatically, the human body can only be expected to last so long ₁. It has been is estimated that by 2050, that the world’s population will have increased by two billion. The elderly population (> 80yrs) are the most rapidly growing age group and are expected to increase from one in six currently to one in five by 2050.

Medicine played only a small part in Harry’s life story. In this short time, I don’t believe as a healthcare service we meet Harrys needs both throughout his chronic illness and in his dying hours. In many countries such as New Zealand patients can complete an advanced care plan (ACP) at any time or age. This plan includes what and whom is important to them, their values and the ways they would like those caring them to look after their spiritual and emotional needs at the end of their life. For Harry this could have been the opportunity to think about and have courageous conversations with his whānau and GP and have recorded what was important to him. This record would have been kept on his electronic health files and could be seen at any point, in his contact with healthcare professionals. Something that could have enabled his voice, and his wishes at the end.

There is a way forward for the future. In New Zealand today, the ethos of intensive care medicine is grounded on ensuring patient benefit. Patients are given intensive care therapies when specialists are confidently able to reverse organ failure and return them to a quality of life or function. In many cases, these expensive and highly invasive intensive care therapies can be avoided. How do we do this? By shifting our emphasis from this sickness system to a preventative one.  Working with our patients in primary healthcare to support better wellness relationships. Educating our healthcare professionals and communities on working with their patients towards healthy lifestyle prescriptions and plans.  Plans that meet their patient’s needs and worldviews. Picture those last 15 years of our life’s fully mobile with the ability to continue to have quality experiences and be in control of our wishes at the end.

How can we, the health care system do things better for patients like Harry? Imagine if Harry had been given the opportunity to discuss a cure for his type two diabetes with health professionals in its early stages.  Imagine if he had received a lifestyle prescription and support plan that allowed him to make better lifestyle choices. Choices such as healthier nutrition, stress management, sleep and exercise. His Lifestyle prescription could have been shared in partnership with Harry in such a way that met with his worldview.  Harry’s care plan could have included a goal that he would gain an understanding about his chronic illness and how to navigate the health care system.   Wouldn’t it have been empowering for Harry to have had the opportunity to discuss and record his future plans and dying wishes with his whānau and GP. Imagine a culture of proactive Healthcare professionals with the skills to seek opportunities to actively listen and support courageous conversations with their patients and whānau. The healthcare system over the trajectory that is Harrys lifespan would have truly enabled his wellbeing.

As a nurse compassion to me, means the willingness to act on others suffering. And so, we must find ways to enable early preventative and patient-centred healthcare that supports wellbeing for patients like Harry. We must all have courageous conversations. And finally, we must take an honest look at our own health choices.

For more than half a century now, we have treated the trials of sickness, ageing and mortality as medical concerns ‘that experiment has failed’. Gawande (2014)

Download this Advanced Care Plan & Guide from Health Quality & Safety Commission NZ and start having courageous conversations with your family about how you want to die.

If you’re interested in learning more about navigating the health system our online course Medications and Navigating the Health System will give you an overview of medicine and the healthcare system and a solid grounding in the language of medicine. The course is designed to help you to be able to collaborate with health professionals more effectively, communicate well and advocate for your patient or client.