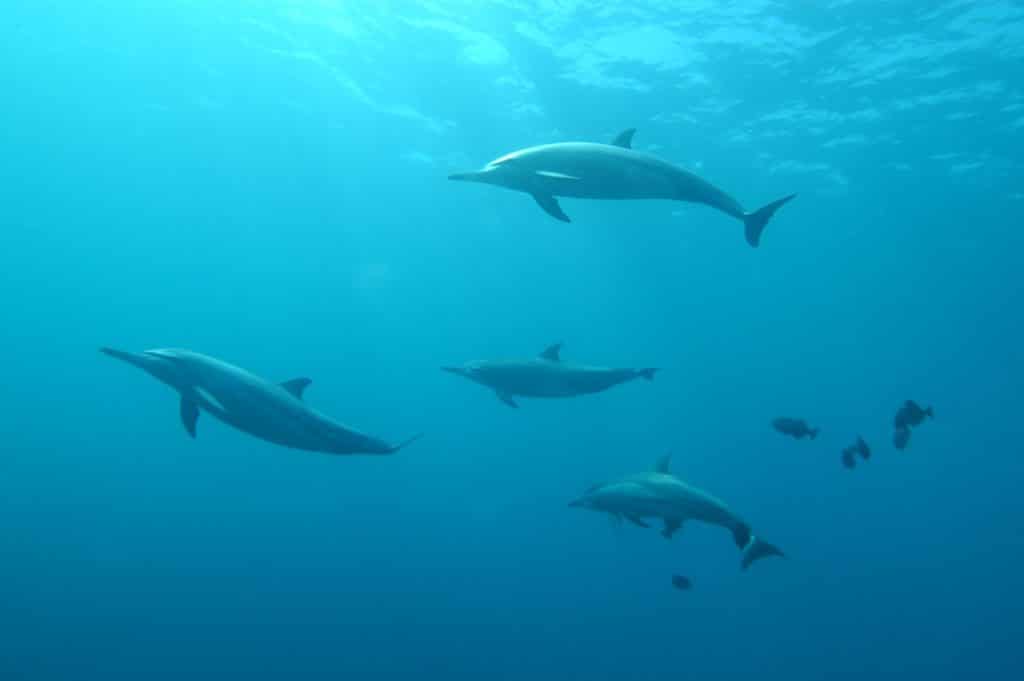 What happens when we sleep? Let’s have a look at the sleep cycles, particularly dream sleep vs deep sleep (or Rapid Eye Movement and non-REM) in humans and other animals.

At the start of the night, you’re in a light sleep. You’re descending into stage one of light sleep. Then stage two, and then you’re straight into a dominated stage. But not exclusively, by non-REM or deep sleep. You’re able to physically move in this stage, you can toss and turn. Brainwave activity is diminished. But there’s a whole bunch of synaptic pruning and moving of information around the brain.

“The importance of this non-REM sleep is to take the memories and experiences from the day and move them to other brain parts and then clear the memory centre, the hippocampus, ready for the next day.”

The evidence says that this is an important time for memory consolidation.

Later in the night, the last 20% of the night, 80% of the dreams happen – and this is perhaps why that seven to eight hours of sleep every night is so crucial.

REM sleep ramps right up and non-REM or deep sleep decreases. The brain has moved all that information to various brain parts. It’s now in the process of integrating it. This seems to be what the major biological purpose of the REM sleep is – to integrate, make connections within and across, make some sense of all that information we’ve taken in during the day.

“I think most of us can recall going to sleep with a problem in mind, and then waking up with the solution immediately obvious.”

The brain comes up with creative solutions to problems during the night.

During the REM sleep, we are paralysed, physically limp and unable to move. All mammals and all birds show some sign of dream sleep, except for dolphins and whales. It’s obviously impossible for a dolphin or a whale to go into full REM sleep because it would drown. So it swims around during sleep with half of its brain navigating and the other half in a sleep situation. It’s been hard to detect even any dream sleep in these animals. But it may be true that they have it. They probably do.

“Seals are interesting. When they’re at sea, they switch hemispheres and show little sign of dream sleep. When they get to land, they go into full hemispheric sleep and experience dream sleep.”

Birds are even more fascinating. A bird sleeping on its own in nature goes to sleep with one eye open and one hemisphere operational and it switches through the night. You can see the biological imperative for that – to keep alert for predators. Birds together on a wire display a very different situation. All of the birds lined up are asleep. Every bird in the middle is fully asleep, both hemispheres turned off, and engaging in deep non-REM, and then dream REM sleep. The bird at either end is on a sort of guard if you like. It’s still asleep, but it has one eye open, one hemisphere going and the other one asleep. Halfway through the night, it’ll switch around. So it changes hemisphere. I don’t know if they change day by day or who does guard duty. But you can see the use of this.

As humans we have a degree of this as well. When you’re in your own familiar sleep setting, your bed that you know. Then you’re fully asleep and you’re engaged in full, deep sleeping and dreaming. But when you’re in a new, novel situation, like a hotel room, and you’re not used to that. Then what we see is not full engagement by both hemispheres. One hemisphere is sleeping much more lightly and not engaging in deep or dreaming sleep. In other words, you’re vigilant for that change in danger coming towards you, which is really an interesting adaptation, isn’t it?

To learn more about Sleep from Professor Grant Schofield take a look at our Mind-Body Medicine course online.